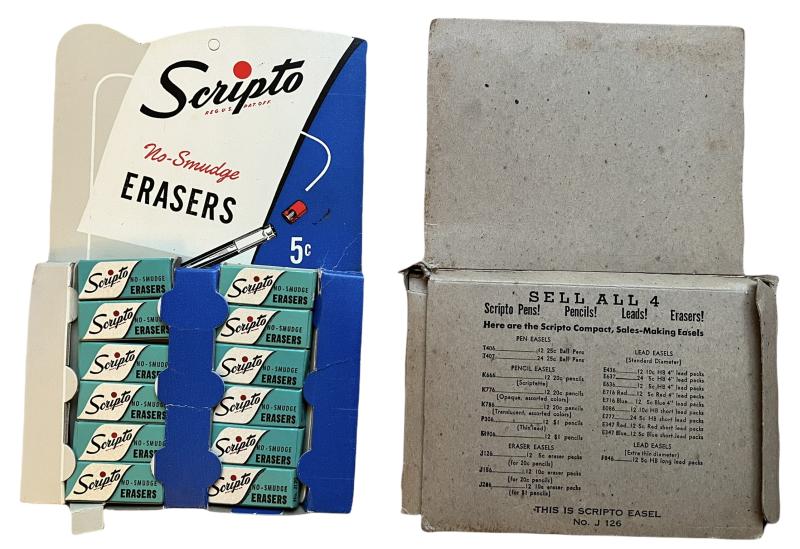 A display of Scripto erasers in its original cardboard sleeve. Scripto was established in 1924 producing office equipment such as pens, pencils and erasers. During world war two Scripto became part of the war effort and produced for both commercial as Army use. Cannot be upgraded. read more

A pair of U.S. M1944 goggles in original cardboard box and with spare lensen. The goggles appear in used i.e. minimally used condition. The box is in equal condition and clearly marked Goggles M1944 Type B-8. In complete condition yet can be upgrade. read more 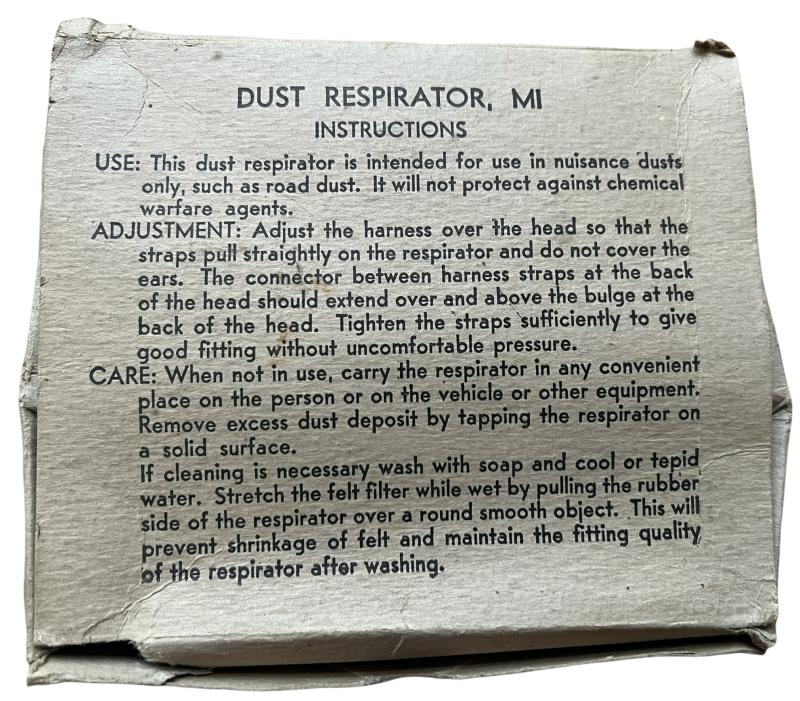 A U.S. M1 Dust Respirator. Unissued and in its original cadboard box. The respirator itself is in stone mint condition. Whereas the box is IMO in near mint condition. All instructions clearly readible. These mask were introduced in April 1941. Cannot be upgraded.  read more

A very attractive wool U.S. Stars And Stripes National Flag. IMO in clear used condition with some minor damages and extensive use; yet adding to the patina of the flag. Showing 13 stripes of the founding states, and 48 stars for the 48 federal states of the Union in 1941-45. Can be upgraded. read more A large so-called 24 unit Motor Vehicle First Aid Kit. These large size kits would be fitted on armoured vehicles. The kit is in overall nice used condition with clear trace of wear and age. In the interior the instructions of use are still present and clearly visible. The kit is fitted with various original U.S. wartime bandages and shell dressings. Can be upgraded. read more

This is a U.S. Motor Vehicle First Aid Kit. In nice used condition, with clear usage but attractive patina.
These kits were issued of one each for four vehicles. The metal kit is fitted with various wartimne bandages and shell dressings. Can be upgraded. read more

Developed as requirements for U.S. Airborne Troops in 1941 to replace the heavy C ration and became standardized in 1942. This lot compromises the inner and outer dinner ration and the inner packaging of the supper ration. Both have been opened and are in good condition yet with trace of use and age as can be expected. read more 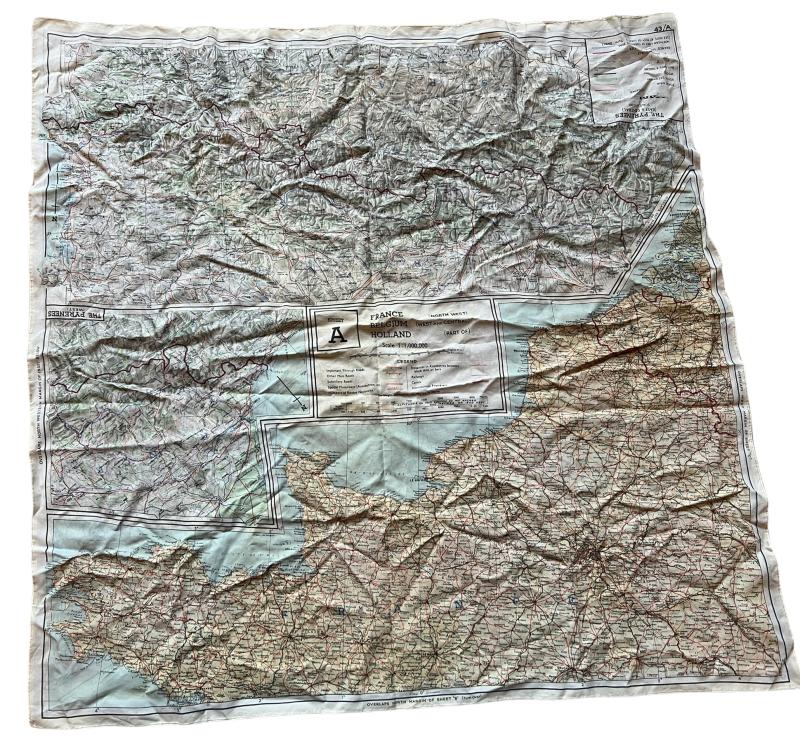 A very nice used example of silk escape map. These maps that were British made were used by both British and American troops. Aircrew such as pilots, Airborne troops and SOEW agents. The silk retained the map in good condition when wet and would be easy to hide when captured. The map compomises sheet A and B wioth Northwest France, West and Central Belgium and part of Holland. Part B on the rea... read more