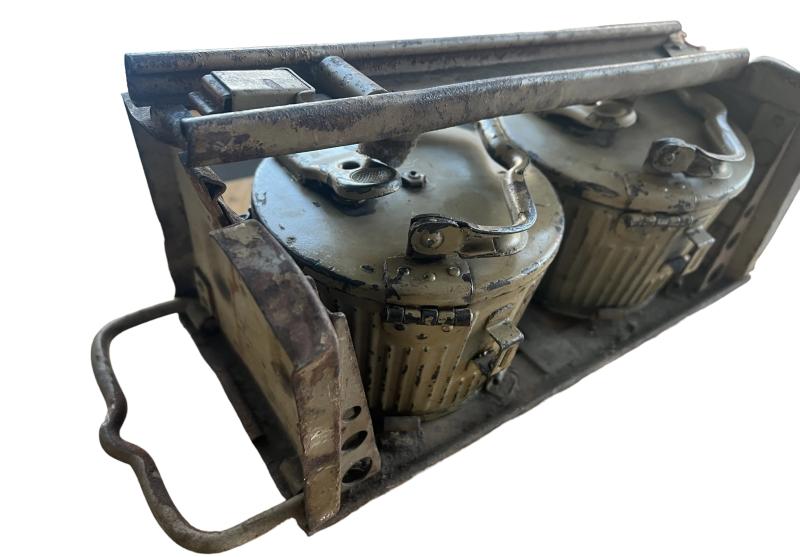 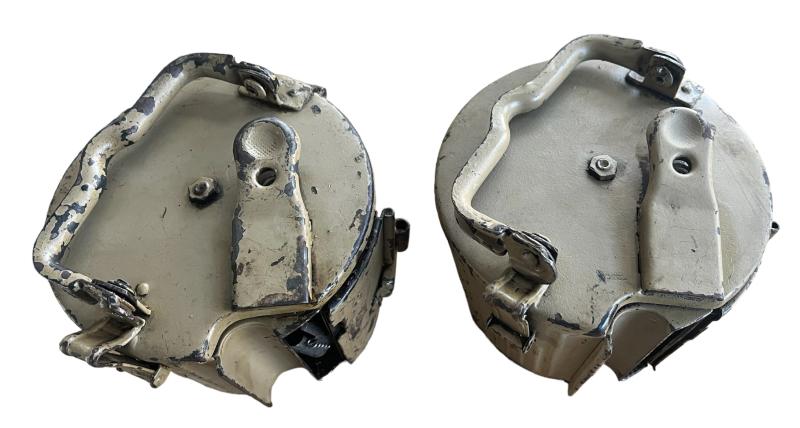 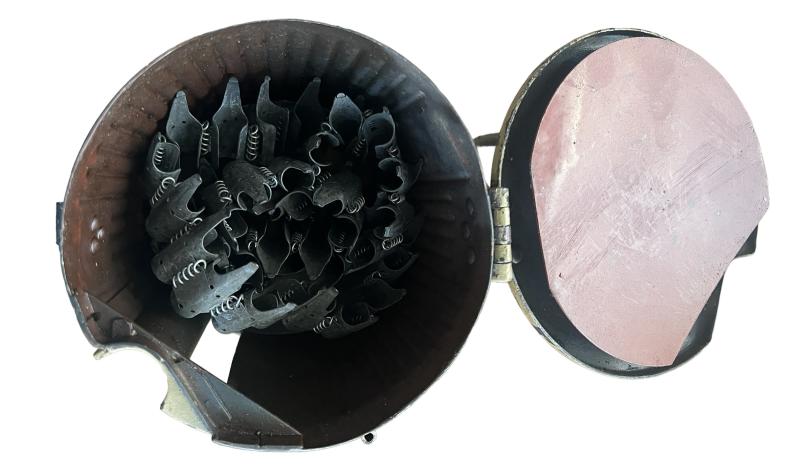 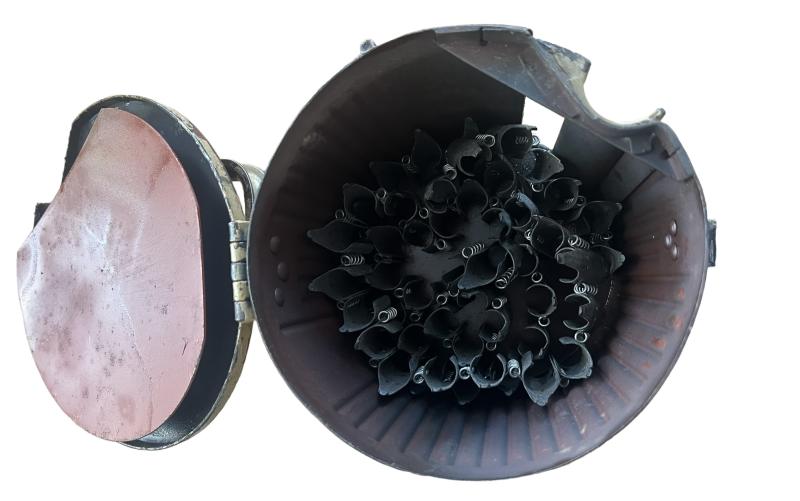 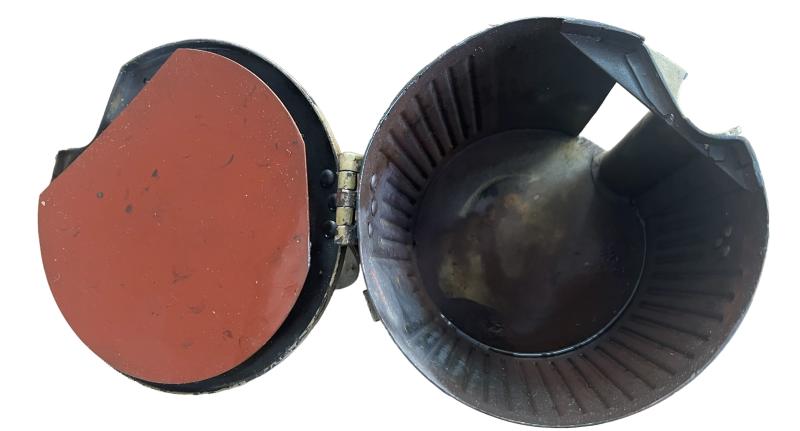 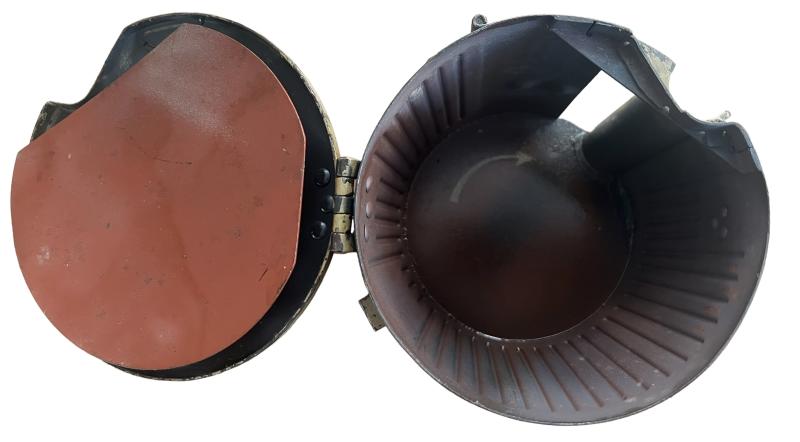 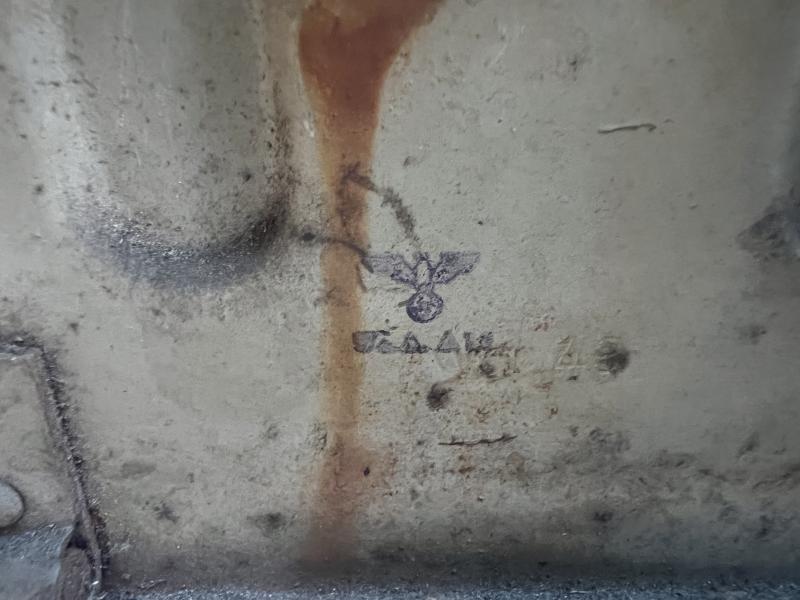 Rare MG34 or MG42 Drum Magazines (Gurttrommel 34) in Carrier (Gurtrommelträger). The carrier was intended to carry two 50 round drum magazines. The carrier is complete with two original drum magazines. Both the magazines and carrier retain most of their original tan coloured paint and are showing some surface rust and scratches caused by usage. Both drums not dated
probably under the thick layer of paint at the top of the lid The carrier which shows overall moredirt /usage and wear is stamped with the Waffen Ambt mark is 1943 dated and makers marked Wa. Both drums come with a original ammunition sling. the carrier has been sligty bend and we need some force to close the carrier All in nice used condition with fantastic patina!