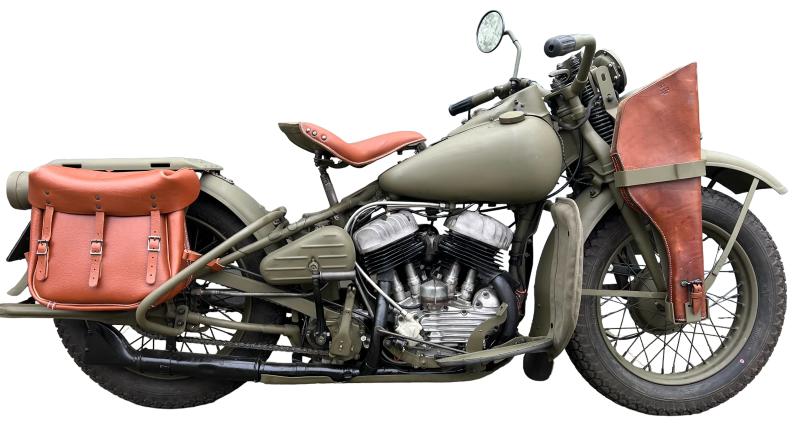 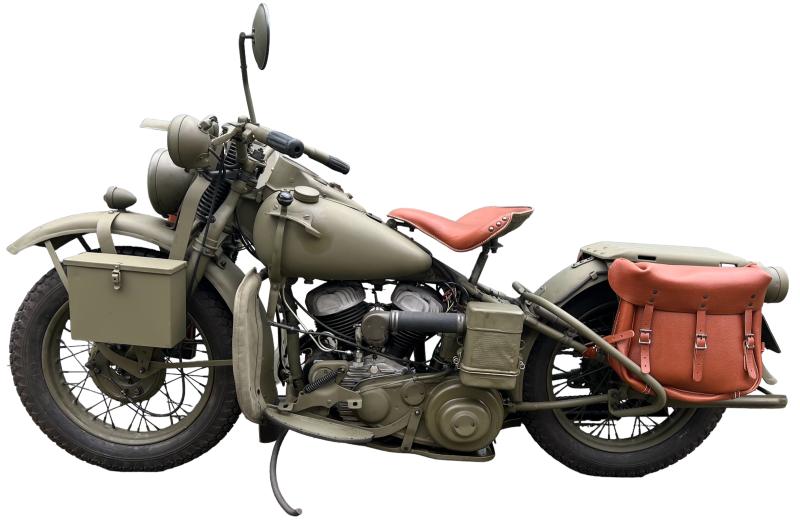 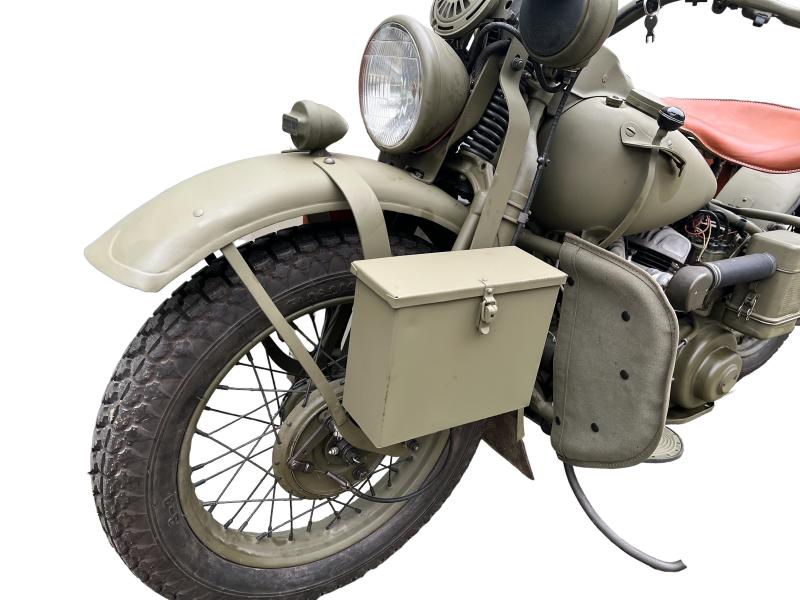 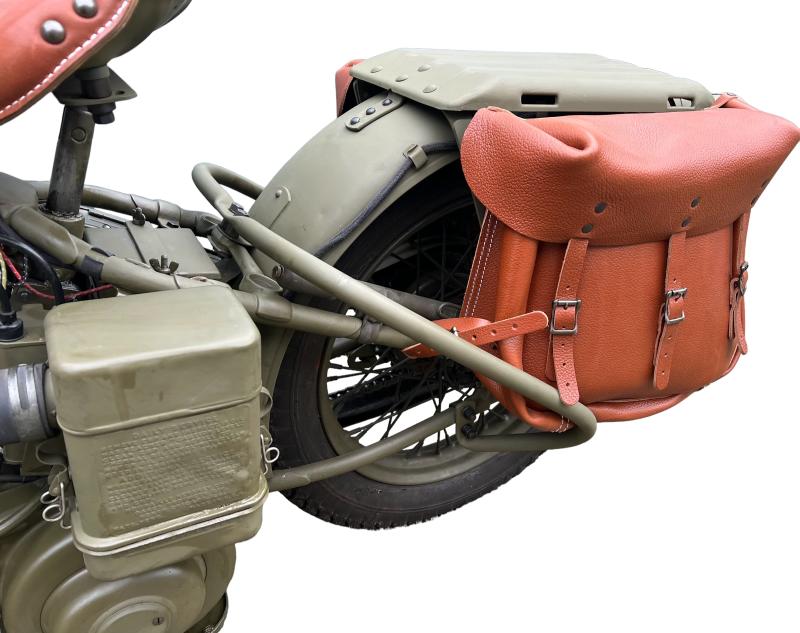 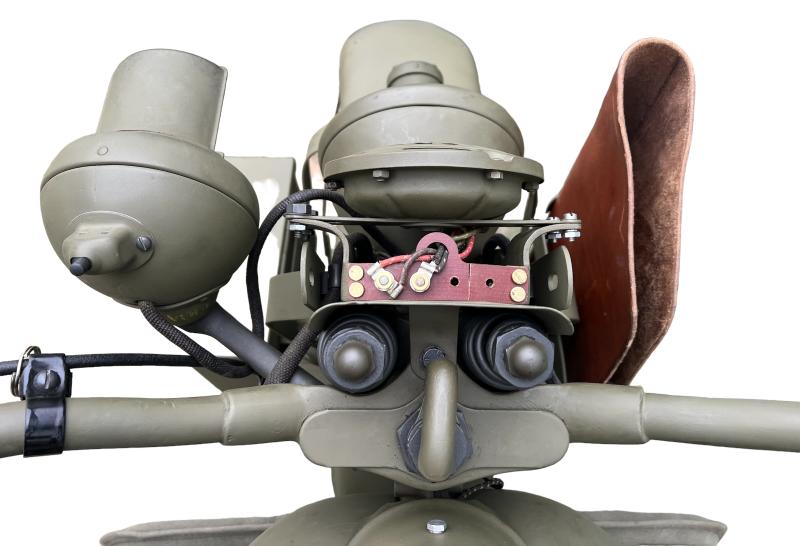 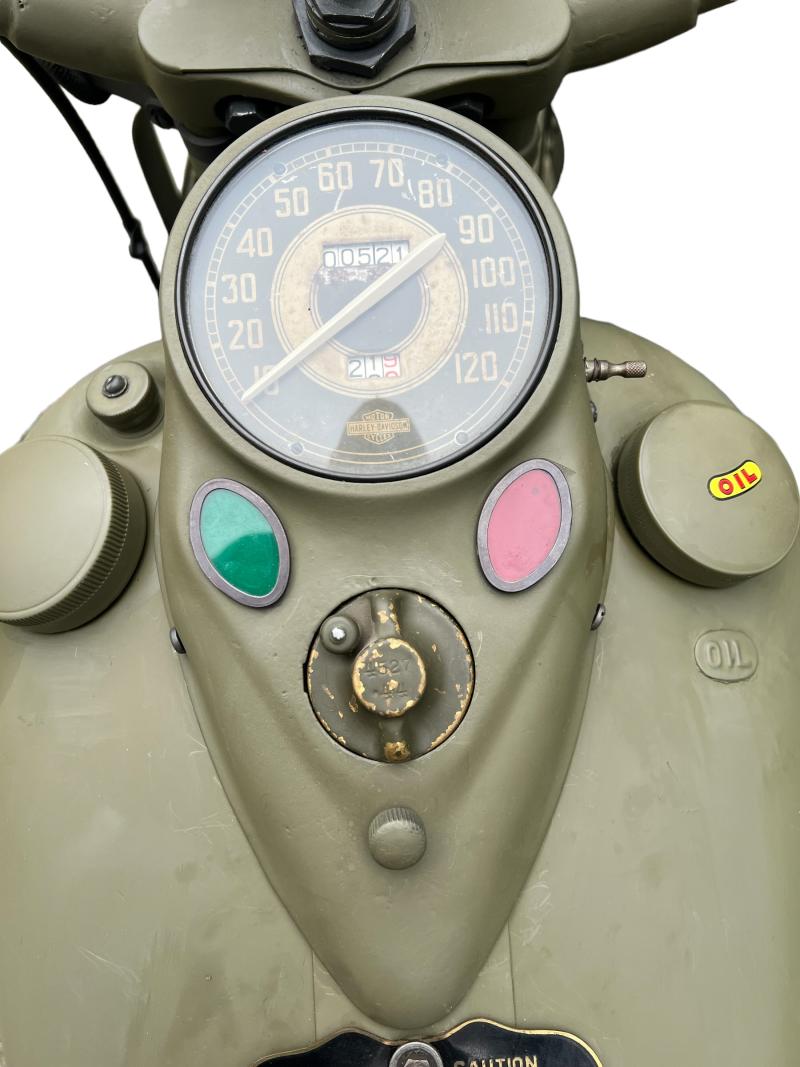 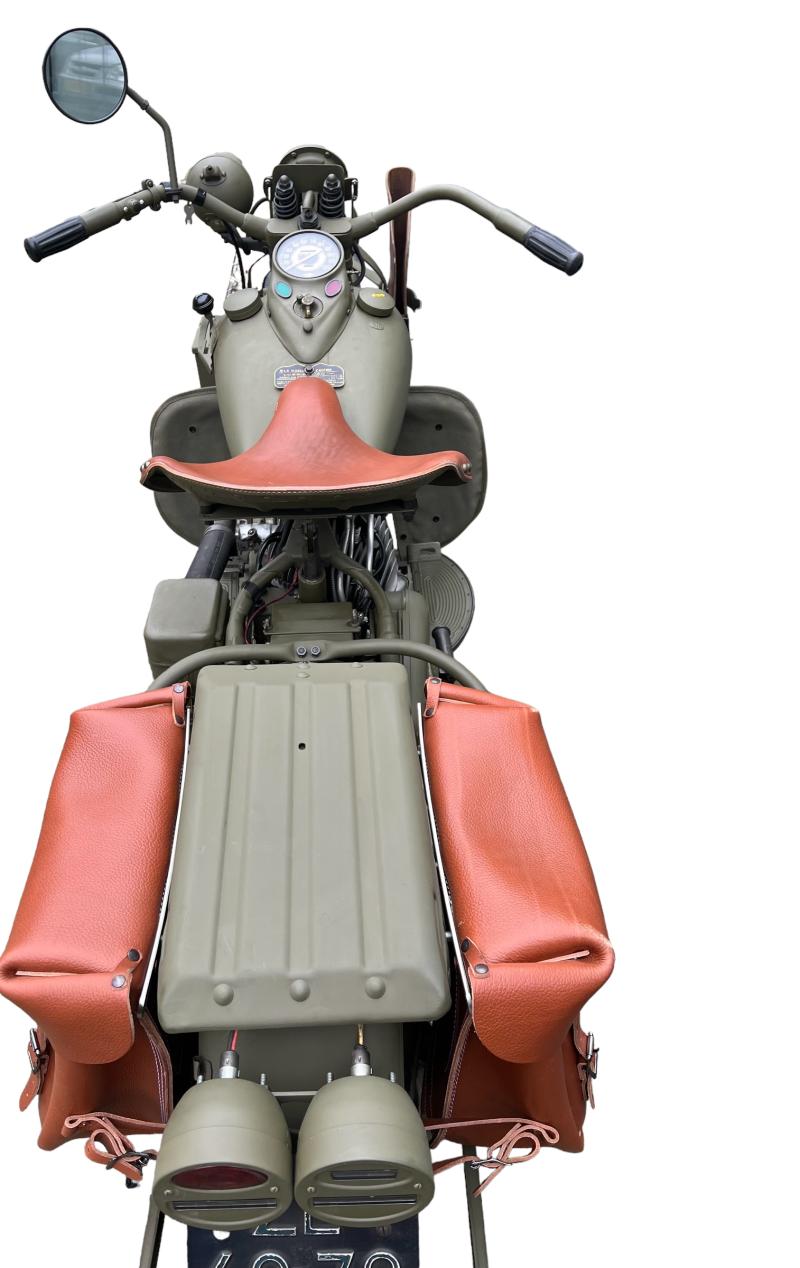 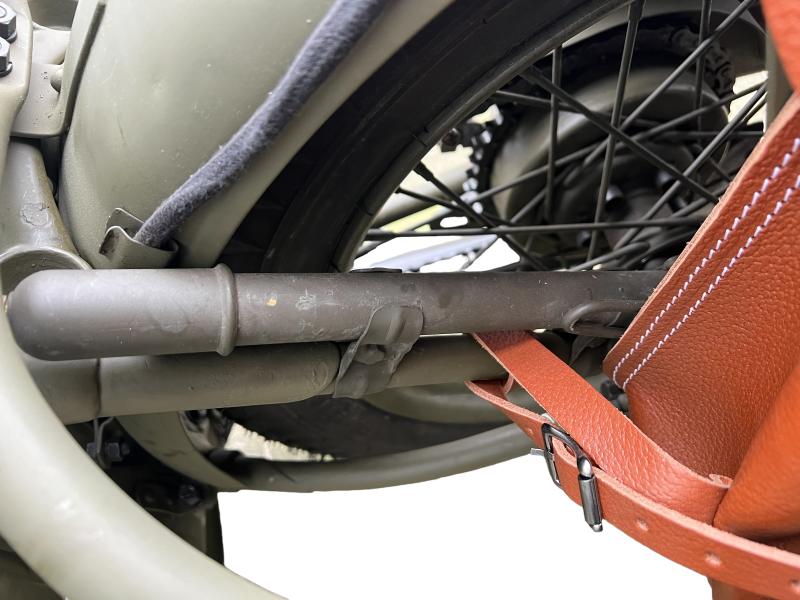 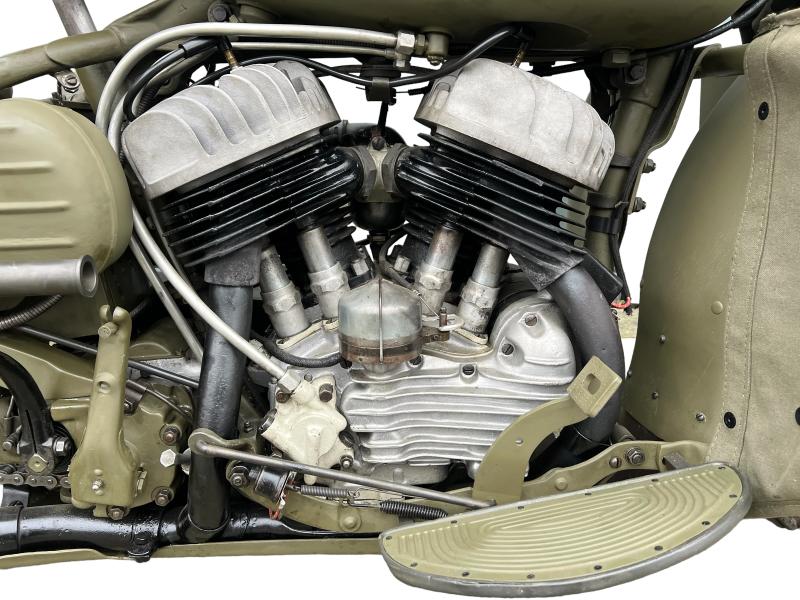 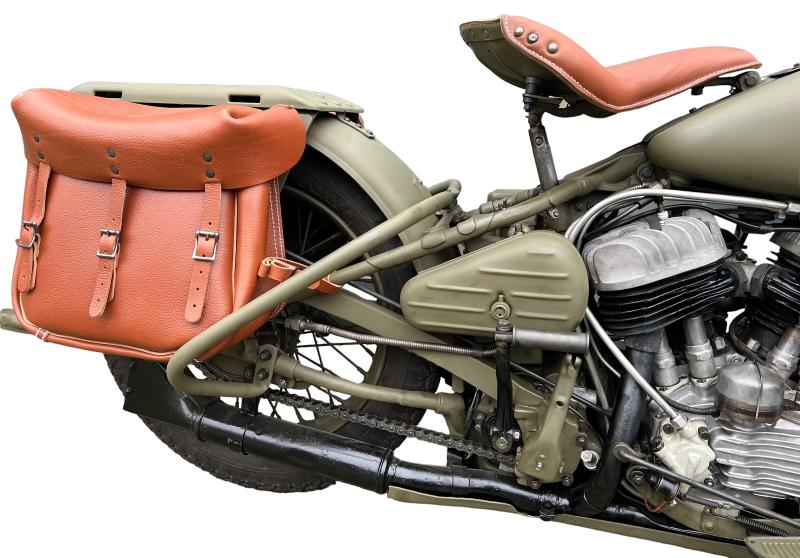 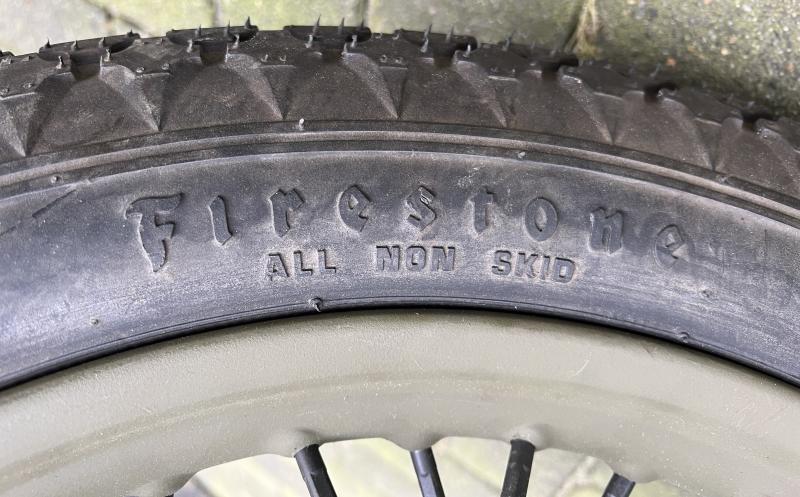 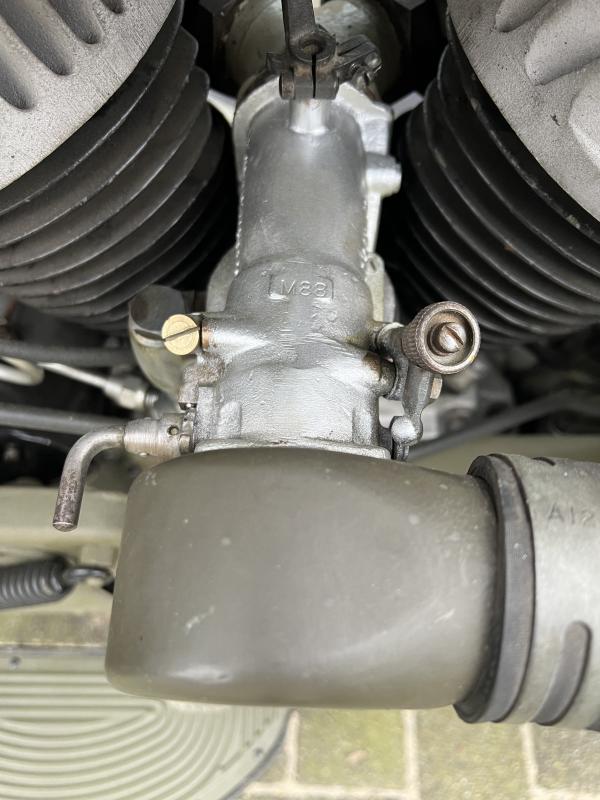 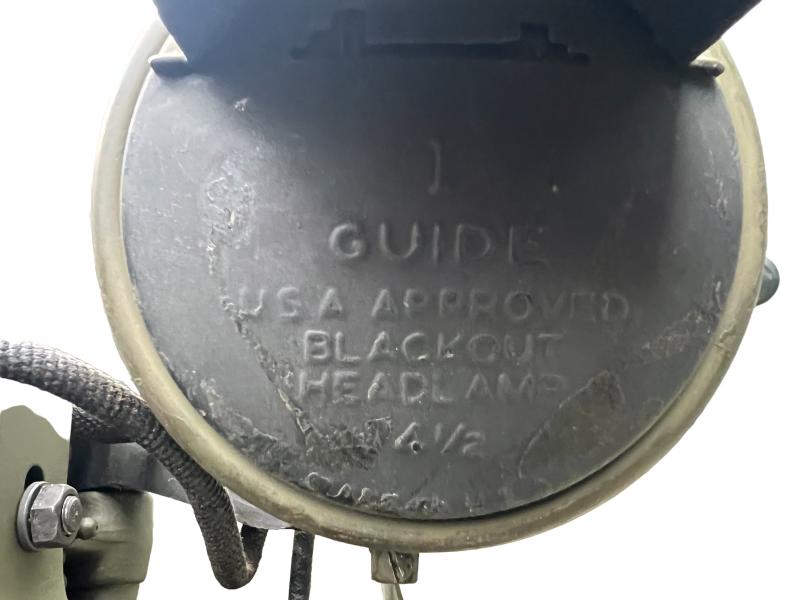 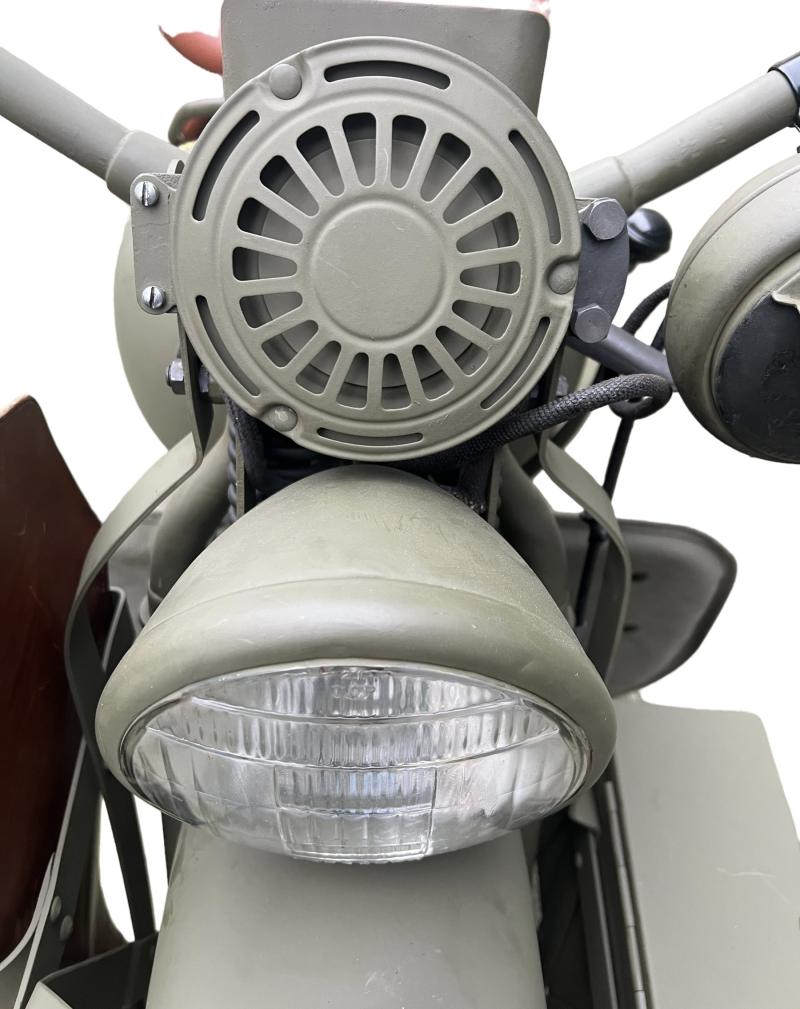 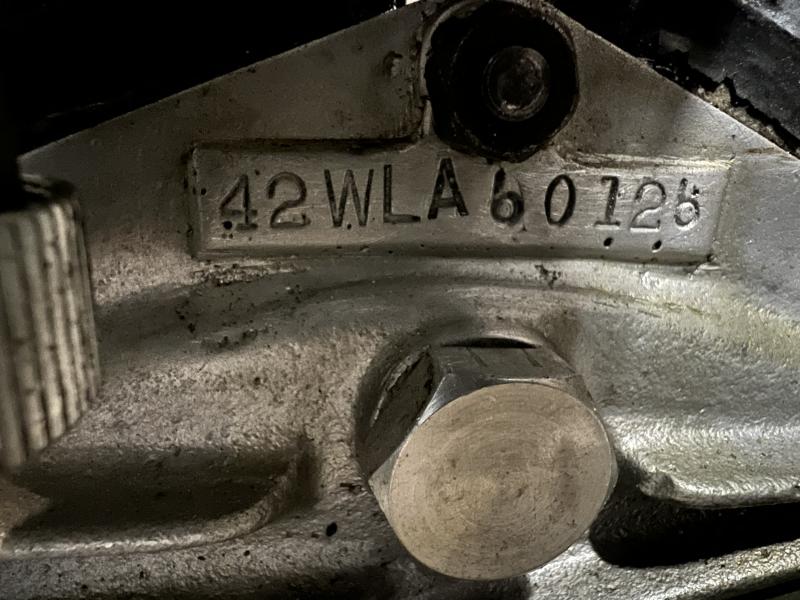 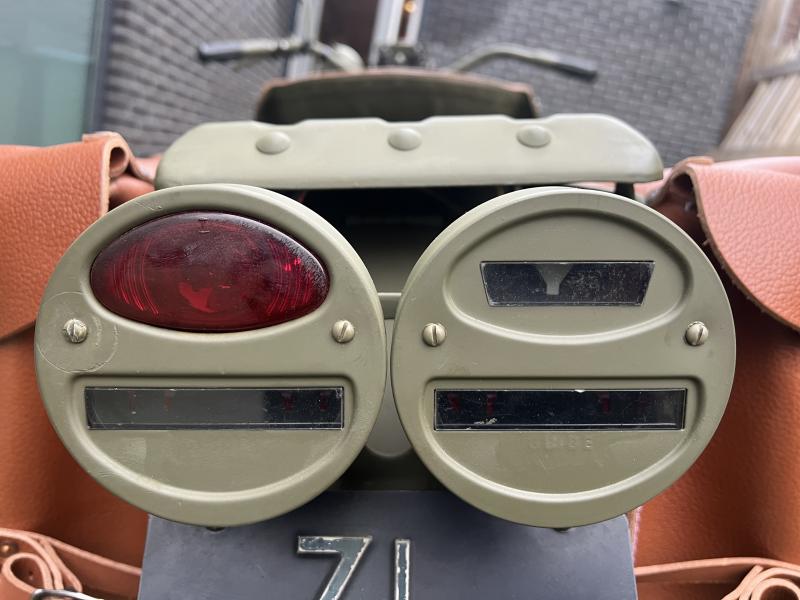 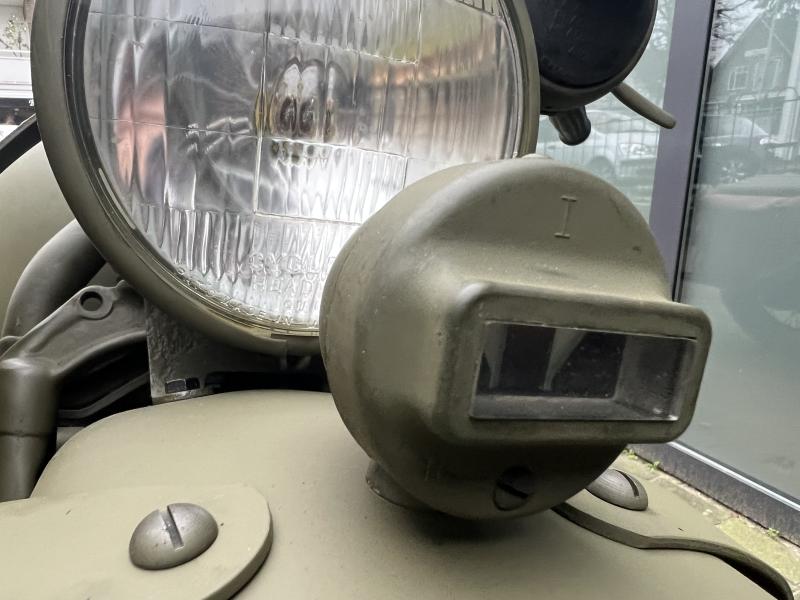 Harley-Davidson Model 42WLA engine number 60126 Type VI according to contact covers 42WLA from roughly 42WLA 60000.
to 42WLA 62479 and were built between June 1944 and August 1944 the number 60126 will be june 1944
The Harley-davidson WLA has been fully restored by us in our workshop with almost completely original parts down to the smallest detail.including the firestone tyres
The WLA is 100% complete and build for more than 90% with Orginal OEM parts The Harley-Davidson WLA comes with a Dutch registration and has driven 500 Miles on the road and will be equipped with a tool set , tirepomp ,various manuals.and canvas legshields
The Saddle ,Thompson Scabbert and saddlebags made to the highest quality material to the original